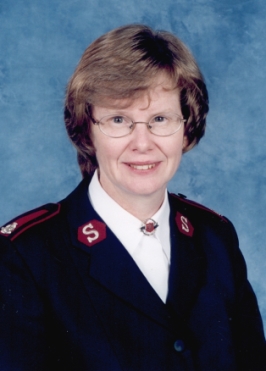 Cathie’s 32 years of active officership were spent in corps appointments (Drumheller, Fort McMurray, and Heritage Park Temple in Winnipeg) and various teaching roles at three colleges for officer training and Booth University College. Cathie has had the immense privilege of being involved with the training and commissioning of 18 sessions of cadets. She loves the teaching/learning process and the way students push her to think in new directions.

Presently, Cathie lives in Winnipeg with her husband Ray- her lifelong dialogue partner. They have three adult children and two grandchildren living in Winnipeg, Banff, and Ottawa.

Cathie is presently engaged in ministry to seniors, which she finds very rewarding.

To keep variety in her life, Cathie volunteers at Winnipeg’s Assiniboine Park Zoo, where she is growing in appreciation of God’s diverse and interconnected creation of people, animals, and plants.